Since a lot of users were asking for some methods, we thought to collect the solution which can effectively and easily fix the battery issue of Oneplus. There are some alternatives which you can be used by any Android users to fix this issue. In this article, we will discuss the full guide to fix the OnePlus 6T Battery Draining Issue.

The OnePlus 6T phone is developed with lots and lots of astonishing features, and there are many customers who already have got the model from the smartphone market. However, it is really difficult to find a phone which doesn’t have any flaws especially in the case of Android devices. In all the issues, battery problem is the most reported issues by its users which is critical to solving. The difficulties possible for determining the battery concerns are actually simpler to take out.

The all-new OnePlus 6T was officially launched last year in the month of November. The phone is packed with a powerful non-removable Li-Po 3700 mAh battery which features fast battery charging 5V/4A 20W. In spite of the powerful battery capacity, the users have reportedly complained about its performance which is really poor. Some of the users also noticed weak performance after updating the device.

OnePlus has recently begun to roll out its latest OTA (over-the-air) update for the OnePlus models including OnePlus 6, OnePlus 5, 5T, OnePlus 3 and 3T. However, the update is directed at mending few bugs and also to enhance the overall device’s performance. There has been a major issue which is faced by many device owners. Users have been experiencing an issue with the battery drainage. The company’s forums are full of complaints about the battery of OnePlus 6T.

Since a lot of users were asking for some methods, we thought to collect the solution which can effectively and easily fix the battery issue of Oneplus. There are some alternatives which you can be used by any Android users to fix this issue. In this article, we will discuss the full guide to fix the OnePlus 6T Battery Draining Issue. If you have any other queries relating to any gadget, then feel free to contact Gadget Features Forum. Our experts will help you for sure.

The first thing to consider while android system battery drain issue is updated. If your device is running in the same and older version Android OS, then its time to update it. Google has recently announced the all-new software update which is called Pie or 9.0. It is introduced with many amazing features and customization controls, but the good news is that it also solves your battery draining issues.

Hence, before we proceed to some difficult steps, make sure that your smartphone is running the superior OxygenOS update from the company. OxygenOS 9 has solved most of the smartphone issues which were earlier found in the model. Additionally, it also adds some exciting features like new customization options, battery optimization, Nightscape and much more. Here are the steps to update the phone operating system.

1. Navigate to the Settings section of the phone.
2. Now, tap on the About Phone option.
3. Tap on the Check for updates option.
4. If you find a new update then install it.
5. You need a good internet connection for installing the updates.
6. After updating, reboot the device by long pressing the power key and tap on the reboot option.

In this method, you have to check the application which is consuming the battery more. You must monitor the apps which are consuming battery usage more than the other applications. This method is especially for those peoples who have lots of applications installed in their smartphone. You must consider that there are unlimited apps in the Play Store, but you don’t have to download all as there could be some extremely malicious ones.

You can also try safe mode to check whether the applications are the culprit of your battery draining issues. Follow these simple steps to run the device in safe mode.

1. Wake up the screen and press and hold the Power key.
2. Press and hold Power off which appears on the screen.
3. You will notice an option which will ask you to enable Safe Mode.
4. Click on Ok to confirm.
5. You will see the safe mode appears at the bottom of the screen
6. Check the phone while it’s on safe mode for at two days.
7. If the phone works good in safe mode, then delete the app which you think is the cause of battery issue.
8. After uninstalling an app, restart the device.

In this section, we have given two methods as the first method is not prefered by all the Android users. The first is battery saving mode which is integrated into the device specially to save the battery consumption. However, it switches off some interesting features like location, connectivity features, and some other third-party apps as well. Hence, most of you don’t prefer it.

So, we proceed to the next method in which you can wipe cache partition which removes all the cache stored in the device’s files and folders.

1. Press and hold the power button to turn off the smartphone.
2. Press and hold the Volume Up along with Power keys until you Android or company’s logo appears on the screen.
3. Release both the buttons.
4. In recovery mode, you will see several options, you have to select ‘Wipe cache partition’ using the Power key.
5. You can navigate from the recovery mode by restarting the device.

At last, there is no other method left other than factory reset. Factory reset is the solution of all problems. It will remove all the bugs, files, and other data from the phone and start the device like new. If you have made any changes in the settings after purchasing the devices, then you need a factory reset at least once. Here are the steps to factory reset the device after backing up the data.

So, these were the methods to fix OnePlus 6T Battery Draining Issue. We don’t usually recommend the users to download any third-party app, but you can download a popular app from the play store to manage the battery consumption. I hope you liked this post. You can also read our previous posts to know the solutions of other Android smartphone issues. You can also share this article with your friends are relatives who are facing this issue. 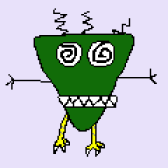